‘Achromaticia‘ was Disjecta Membra’s debut full-length CD, released on Australia’s Heartland Records in July 1997.  Now long out of print, the album cemented the band’s reputation as New Zealand’s leaders in the gothic rock genre, with copies of the original pressing having since become highly collectible.

Disjecta Membra and their classic album ‘Achromaticia’ have always held a special spot within Cathedral 13’s history.  The very name Cathedral 13 was inspired by the song ‘Cathedral’ and their music has been resonating in it’s halls since the station’s inception on 06/20/02.

I consider myself fortunate to have known Michel of Disjecta Membra for many of those, if not all of those years.  Time and age blurs some of the memories but has done little to have dampened our friendship through the years.

From the first “13 Questions” interview on Cathedral 13 from what seems like an eternity ago to now much has changed but the influence of Achromaticia has only grown over that time.

Once again I had the pleasure to interview Michel and the following is a comprehensive and insightful look into Disjecta Membra and the twentieth anniversary of Achromaticia.

To celebrate the album’s Twentieth Anniversary in 2017, ‘Achromaticia‘ has been re-issued in a deluxe 3-CD format, containing rare studio outtakes, demos, live recordings, interviews and more; beautifully packaged in an 8-panel card wallet, and accompanied by a 12-page booklet. 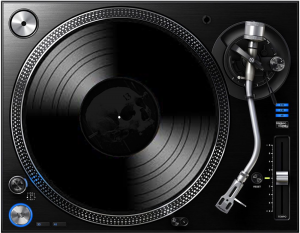